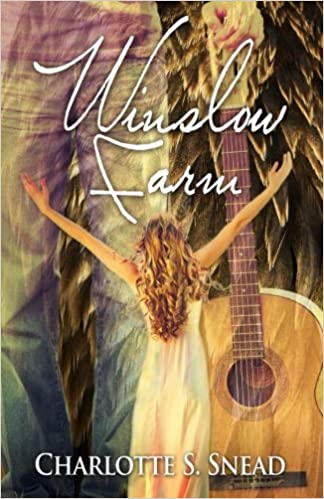 When Gabe Winslow learns of his parents’ death in an automobile accident, he resigns from the army and returns home from Afghanistan to his family farm in Lost Creek, West Virginia. Brian, Gabe’s younger brother with Down syndrome, would be left alone with nobody to care for him without this sacrifice from Gabe. With the brothers not knowing each other very well, and with them forced to sell their farm to a new, mysterious owner while they stay on as caretakers, their future and that of the farm looks incredibly bleak. Only a miracle can save them.

After Gabe and Brian form a close, unbreakable bond while building their new caretaker’s cottage on the property, they nervously await the arrival of the farm’s new owner. The new owner steps out of a limousine and into their hearts, strolling down Winslow Farm’s main road with cornflower blue eyes and a familiar song on her lips. The young and vibrant, twenty-something, bluegrass-singing star Joy Thomas has purchased Winslow Farm as her escape from a crazy life as a rising star in Nashville. She brings with her music and passion, and she brings out of Gabe and Brian love and something divine—something tangibly divine.

Together, the trio of Joy, Gabe, and Brian bring Winslow Farm back to life. They bring a wealth of new people with diverse personalities to the farm, they record award-winning music there, they defend Joy from a dangerous stalker, they tangle with bears, they renovate and redecorate, and they accept, love, and work with Brian as he struggles to cope with his disabilities and with the loss of his parents. Slowly, they build a loving family at Winslow Farm. And throughout it all, people discover that Gabe possesses a unique, otherworldly talent that might help him keep the farm safe from evil forever. But will Gabe fully realize this talent in time to do so, or will tragedy strike the farm again?

When I chose this book as my monthly First Read selection, I only had a short synopsis to go by. Little did I know that once I started I would not be able to put it down. The combined messages of God's healing power band the unique specialness of people with Downs Syndrome, something I am very intimately familiar with, touched a place in my heart that has long laid dormant. I recommend this book for all believers but also for anyone who has been touched Downs Syndrome, and if neither of those describe you, then maybe, just maybe, this novel will touch you in a place you don't even know exists in your heart.

Imagine if you will you’re a dedicated US Army soldier fighting in Afghanistan to help to bring about peace in that war-torn country, when you receive word that your naïve Down Syndrome younger brother must now tend for himself because of tragic automobile accident that has taken the lives of both your parents. What would you do?

Well in this Contemporary Christian value-based story Gabe Winslow is that soldier and hearing this news he forces him to resign from the army [telling them the reason of course] so he can immediately head back to his hometown of Lost Creek, West Virginia and his family farm.

There’s two major problems Gabe immediately faces the most important of which is that he’s basically a stranger to his brother Brian and knew he must increase his familiarity with him and gain his trust. This is coupled with the financial need to sell the farm itself. Luckily, they found a rather cryptic individual willing to buy the farm and keep them on as the farm’s custodians. Even with this their existence as well as that of the farm possess an extremely dismal outlook, an outlook which only a miraculous miracle could be able to resolve.

The with his bound with Brian being solidified as they worked building a cottage they could live in, they anxiously anticipated the appearance of their buyer. Fate has a way of making things happen seemingly by magic for the new owner had no farming experience, instead she saw an up and coming blue-grass country singer Joy Thomas who had been desperate to find salvation from her harried existence back in Nashville.

Music has an intrinsic way of providing passion to soothe the savage beast and brighten even the darkest of places; for this had been what Joy had brought with her to Winslow Farm. And has time passed there on the farm, the farm got repurposed, for it no longer would be providing food to eat the stomachs of people, it would be producing award-winning music to feed their souls.

The triad of Gabe, Joy and Brian brought a repurposing to the farm, a repurposing which in turn brought an influx of new people with a variety of personalities. They create an environment of acceptance, love and support, especially for Brian who’s trying to grapple with his own limitations and his remembrance of his now deceased parents. The personal diversities these three possess ultimately creates a strong, vibrant and loving family, a family structure which is sure to endure forever and bring the farm along with them.

The Christian values which this book written by its author, Charlotte S. Snead, contains, is sure to warn the cockles of its readers, and is why I’ve given this book the 5 STARS it’s gotten from me.