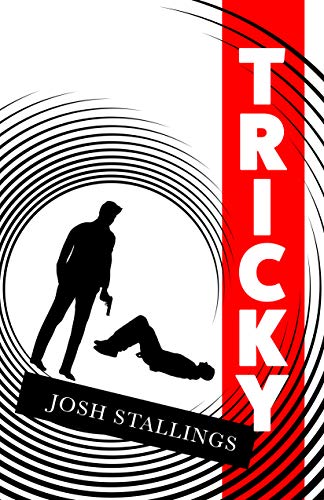 ONE OF THE "MOST ANTICIPATED CRIME BOOKS OF 2021."―CRIMEREADS PICK OF THE MONTH―MysteryPeople

Does your past define you forever?

That's the question LAPD homicide detective Niels Madsen must answer after he gets in the middle of a standoff between two uniformed officers and Cisco, an intellectually disabled man. Cisco is found armed and standing over the body of a man with Down syndrome. Cisco swears the dead man was his good friend, and he didn’t hurt him, but in his earlier life, Cisco had been gang member, a brilliant and brutal killer. After he was badly beaten, brain injuries left him him―if he is to be believed―with the intellectual intelligence of a child. Madsen's search for the truth leads him through the special needs community, East LA gang life, and pits him up against the corrupt LA Sheriff’s Department.

More than a police procedural, Tricky explores questions of human nature: Whether a man can change, for better or worse, and whether redemption is possible.

I became a huge Josh Stalling’s fan while reading his three Moses McGuire novels. This guy can write! He’s also a real student in the art of crime novels. His eye for fresh new characters that have not yet been explored in crime fiction and his ear for dialogue creates books with a unique and singular vision not yet seen in this genre.

Josh Stallings created a uniquely original LAPD detective who is a far cry from Moses McGuire, the drug fueled, detective from his Moses McGuire novels who is constantly battling his own demons that he cannot escape from, and seems willing to die at every turn.

Niels Madsen, the LAPD homicide detective in TRICKY is nothing like Moses.
With his cowboy boots and his cowboy hat, Madsen does not look like your typical LAPD Gold Star detective. He doesn’t act like one neither.

The novel Tricky hits the pavement running from the first page. Detective Madsen comes upon a crime scene, where Cisco, an intellectually disabled man holding a gun, is standing over the body of a man with Down syndrome. Cisco had been a gang member, a brilliant and brutal killer. After Cisco was badly beaten years earlier, brain injuries left him-if he is to be believed-with the intellectual capacity of a child.

Madsen’s search for the truth leads him through the special needs community, East LA gang life, and the corrupt LA Sheriffs department. Who should he trust? Who’s following him? Who wants Cisco dead? Is he being set up? If so, by whom?

It is all a bit TRICKY.

This is a cracking good crime novel.
LAPD homicide detective Niels Madsen finds himself in the middle of a standoff between two uniformed officers and Cisco, an intellectually disabled man. Cisco is found armed and standing over the body of a man with Down syndrome. Cisco swears the dead man was his good friend, and he didn’t hurt him, but in his earlier life, Cisco had been a gang member, a brilliant and brutal killer. After he was badly beaten, brain injuries left him—if he is to be believed—with the intellectual intelligence of a child. Madsen must decide whether or not to believe the suspect who claims innocence, and determine who else can be trusted as he navigates a special needs community, East LA gang life and the political expediency of the LAPD.

From the first page, this novel gets going with its central plot, and this is the aspect of Josh Stallings’ writing that I appreciate the most: he doesn’t waste the reader’s time. His writing is laser-focused, economical and swiftly paced. At our first introduction to Niels, he’s established to be a knight errant, a maverick in the department with a relentless approach to solving cases. His partner, Darius Kazim is new to Homicide and partners with Niels with the additional brief of keeping an eye on him for the Chief. The partnership dynamic between these two characters reminds me of the duo from Department Q, the Jussi Adler-Olsen series, a quirky pairing with sharp, witty dialogue that ricochets through the action without ever intruding upon the action. There were many times where I had to chuckle; the one-liners are genuinely funny without seeming contrived.

The crime plot moves along at a compelling pace, and I ripped through this novel in a day. I enjoyed the freshness of the crime set up, which is the point the novel opens; an intellectually disabled man holds a gun over the dead body of his best friend, whilst two LAPD officers hold their guns on him. What has happened? The plot is compelling and never falls into implausibility or obviousness - I was along for the ride and unable to see the destination at the same rate as the central characters.

There is a love interest for Madsen in the form of Adair Hettrick, Cisco’s social worker and conservator. Again the dialogue between the two characters zings and hums nicely, without ever losing itself to melodrama or, typically with crime novels, sexual objectification and a woman who can’t help herself, which normally has me rolling my eyes.

Madsen is a tough guy, with a soft interior who needs to learn how to trust others. Trust is central to the story: working out who is to be trusted will be key to Madsen staying alive. “Everyone lies to the police,” Madsen tells another character. And then, even the police lie.

I loved this novel - it rollicks along, with punchy dialogue, endearing characters, relentless action and a strongly evocative LA landscape. Highly recommended.