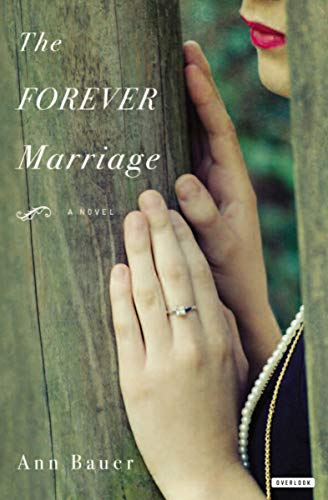 "Phenomenal" (Garrison Keillor) storyteller Ann Bauer brings to life the tale of one faithless widow. Carmen wishes Jobe, the husband she never loved, dead --only to fall in love with him after he is gone. As she helps her three children grieve, she discovers, after a tryst with her most recent lover, that her own life may be in danger. Her emotions reeling, Carmen reflects on the fateful days of her youth that made her the person she has become: privileged suburban wife, unfaithful widow, mother of a child with Down syndrome, fierce friend. The Forever Marriage is at its heart a mystery, and the mystery is what, exactly, the nature of Carmen and Jobe's marriage might have been. Page-turning and irreverent, The Forever Marriage is a compelling examination of a relationship and of a woman facing up to her imperfect past. It merits comparison to the best work of Anne Tyler, Elizabeth Berg, and Alice Sebold. (less)
Published: June 14, 2012
Genres:
Fiction
Tags:
Romance
Reviews:Susan on Amazon wrote:

Although I could not turn the pages quickly enough, I did not want The Forever Marriage to end. This is the story of imperfect people who are realistic because of their flaws. Carmen, a college student, accidentally meets Jobe, a brilliant mathematician, while in London. Despite the many differences between them and the red flags flying in Carmen's face, they ultimately marry.

By the time of the wedding, Carmen has been living with Jobe's wealthy family for months and has become close to Jobe's parents, especially his mother, Olive. Despite what seem like ideal circumstances, Carmen is not in love with Jobe and almost becomes a runaway bride. Instead she marries out of guilt and a sense of obligation.

Because Jobe seems incapable of providing the kind of love Carmen craves, they drift even farther apart, and Carmen begins a long-term affair. The marriage plods along even after the births of three children, the oldest of whom has Down Syndrome. After Jobe is diagnosed with cancer, Carmen cannot find a way to love him, even when his condition is terminal. A part of her views his inevitable death as a way out.

Carmen herself is diagnosed with breast cancer. She and her beloved mother-in-law become even closer, and Olive reveals startling secrets of her own. Carmen reflects on her marriage, in light of Olive's confession, and reaches conclusions that surprise her.

Ann Bauer is a wonderful storyteller. I was prepared to dislike Carmen and feel pity for Jobe. After all, I asked myself, how could I like a seemingly cold-hearted woman like Carmen? I liked her because Ms. Bauer made her real, flaws and all, as she did with each character in the story.

The Forever Marriage is a moving, unforgettable love story. I recommend it to everyone who appreciates the beauty of excellent writing and character development.

I picked this up at my local library--had never heard of the book or the author before but am now interested in reading more by her. Interesting story and character development. In a nutshell, while Carmen's husband is dying, she's having an affair. Shortly after his death, she is diagnosed with breast cancer (this is what killed her mother). Her father's an alcoholic, her eldest son has Down syndrome and she's not a huge fan of her mother-in-law (the feeling is mutual). I would highly recommend this for a book club read or to read on your own if you're not in a book club, especially if you like books that introduce you to complex characters.