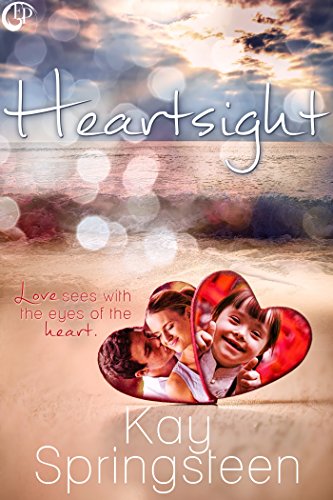 When Trish Evers inherits her grandmother’s B&B on a beach in North Carolina, she packs up her 6-year-old daughter Isabella, who has Down syndrome, and moves there seeking a fresh start. Though she must sell the house, she decides to bring her daughter to the beach for one last summer vacation in her childhood town. Bella likes to explore the beach and has a tendency to wander off. On one such occasion, Trish finds her in the company of an intriguing stranger.

Blind as a result of combat injuries and unable to "suit up," USMC Lieutenant Daniel Conway feels he no longer has a purpose in life. He's come home to the beach, where he spends his days in solitude. Dan must learn to believe in himself and to love life again, which he begins to do through his interactions with Bella and Trish.

When a hurricane strikes and Bella wanders off again, her only hope for rescue is Dan. Working within the confines of his blindness, he must overcome his fear of failure and recall his training in order to search for the little girl and bring her to safety.

I was lucky to receive a book from the author of this book for review a little while back because it put me onto a good author that I might not have found on my own. In the meantime, I've picked up a couple more of her books including this one because the blurbs sounded so good. I couldn't resist the idea of a story about a marine who lost his sight in the line of duty falling in love with a single mom and her daughter who happens to have Down's Syndrome. It was such a special heartwarming story that just reaffirmed what I love about reading romances.

It has been four years and several procedures later with the latest one coming up empty. Dan is done and chooses to end all the attempts to restore his sight. He'll just have to cope with what is left of his life. In this embittered state, he overhears a strung out mother trying to jockey a payment plan for the heart procedure her daughter just had to go through. The conversation leaves him sympathetic to the woman's plight, but it is what his working senses like sound when it came to her voice and smell when it came to her scent that grab his attention and attract him. It was just a passing moment- or so he thinks until little Bella finds her way down onto his beach property where he is sitting strumming his guitar. The little girl winds her fingers around his hand and in the process she winds herself around his heart.

Trish is at wits end. She's broke and wonders how she'll pay for Bella's last procedure, her Gran has just died and left her with an old B&B that requires some work, her Gran's things need to be packed up and Trish can't seem to get enough time to work on her paintings that she hopes to sell. And where did Bella wonder off to she wonders when she suddenly realizes she is missing.

Trish finds Bella down on the beach with a stranger who seems to have become fast friends with her daughter. The first few encounters for Dan and Trish are awkward because Trish is less than friendly and it takes all Dan's patience and friendship to win over the hurting woman. He can't blame her when he learns her story of her ex abandoning her and Bella because Bella has Down's Syndrome. It is when Bella's dad sends his lawyer after Trish making noises about getting custody that Trish and Dan both learn to rely on each other and to realize their own individual strengths instead of pushing each other away because they both know Trish doesn't plan to stick around.

The plot was a gentle romantic tale about two lost and hurting souls who are brought together by a little girl. I really found the slow building pace that had its moments of intensity particularly near the end something enjoyable. There are mild religious overtones. The romance is definitely on the sweet side with nothing beyond sexual tension present in the story.

The characters were well drawn even down to the sympathetic way a child with disabilities like Bella or a man with blindness like Dan were so much more than the things that held them back. Trish is actually the one who has just as much to work through as Dan because of the emotional abuse her ex piled on her and she had never dealt with. Oh, and the ex-husband was definitely a guy I loathed with a passion by the time all was said and done.

In the end, I sighed happily and gladly reached for the sequel wanting to enjoy more of this storyline. Those who enjoy sweet contemporary romance that has a military vet hero and an emotionally-scarred heroine should definitely give this one a try.

I came across this novel quite by accident and read the first few pages on Amazon. I couldn't get it to my kindle fast enough. Dan Conway is quite simply the man of every woman's dreams in a perfectly believable and beautifully wounded way. Trish is a single mom just trying to make it with a daughter who has Down syndrome and can't afford to let her daughter become attached to a stranger they'll have to say goodbye to at the end of the summer.
Enter Princess Bella! For a classically put together romance, I was surprised at how very much the character of Bella the daughter controlled the story. I will never look at another child with Down syndrome in the same light, or the difficulty of being a single parent to a special needs child.
The minor characters were very well done and contributed to the story in their own right. To say I was beyond surprised at the quality of the writing of a 99 cent ebook would be the understatement of the year.
This author had an amazing talent for delivering such a high degree of sexual tension in so tasteful a way, I was also surprised to learn this is a general market publisher and not a Christian publisher. The novel has got to be the tamest (a/k/a clean) general market romance I've ever read but delivered a depth of passion and honest vulnerability in both the hero and heroine that I'm hard pressed to find in the sweet romances of the CBA. I wish there were more books like this available and will be watching for more from this author.

If you enjoy a well-written hero who will stay with you long after the last page, move this to the top of your to be read pile.