↓ Skip to Main Content
Home › Book › Danny: The Murder of a Man with Down Syndrome

Danny: The Murder of a Man with Down Syndrome 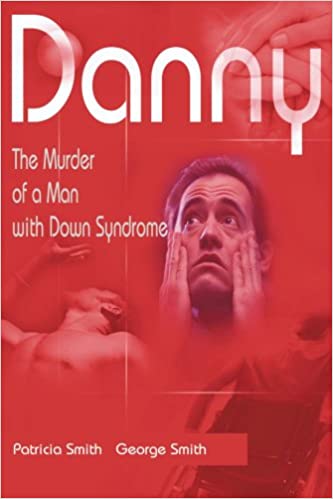 Danny is the story of a true event about a man with Down syndrome who was senselessly and viciously murdered. His life is recounted, and the criminal investigation, trial and its results are laid out for the reader's scrutiny. Only then are readers able to understand what happened to the criminals and to Dannys family.Throughout Dannys life there were many crises, which he overcame by the strength of his personality and family support. Danny had many clear-headed attributes, and he certainly utilized his intellectual abilities to their maximum. Out of determination and need, Danny created his own business enabling him to become self-supporting and financially independent.But rather than giving him the recognition he deserves, we are left pondering his fate. Danny was brave and didnt submit to his aggressors. His bravery was no different than a soldier's on the field of battle.Danny's death, unfortunately, presents us with a dilemma: Did he fail to receive equal justice under the law, because he was handicapped? In many ways, our society and the people who govern it appear to be unable to properly cope with individuals like Danny. On the face of it, for whatever reason, our highly technical society is regrettably able to abstract itself from the needs of its less fortunate members.Heroes are not selected. If they were, they would all be glamorous, rich and, perhaps, celebrities. In reality, we must accept a hero from whence he comes. Danny was an authentic hero, even though he came to us from poverty and obscurity.

This book asks important questions. What is the value of a life with Down syndrome? A sobering account of one young man's murder it makes visible how little we value the lives of those with intellectual disabilities. Paying tribute to Danny's memory it is to be recommended to anyone who cares about life and how we need to maintain strong communities.

Based on a true story, this book provides the reader with two unforgettable insights. The first is the "human-ness" of those members of our society not blessed with perfect births, and the warm interrelationships of their direct family members as well as the "neighborhood" family members. The second is an "in your face" realism of the consequences of the deterioration of our older established neighborhoods, and a legal system (ours) where many of the key members are much more interested in upward mobility and societal profile than in "equal justice for all" as set out by our constitutional forefathers. The readers of this book will close it with many lingering thoughts!