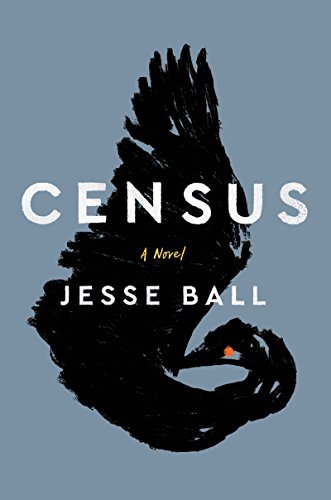 A powerful and moving new novel from an award-winning, acclaimed author: in the wake of a devastating revelation, a father and son journey north across a tapestry of towns

When a widower receives notice from a doctor that he doesn’t have long left to live, he is struck by the question of who will care for his adult son—a son whom he fiercely loves, a boy with Down syndrome. With no recourse in mind, and with a desire to see the country on one last trip, the man signs up as a census taker for a mysterious governmental bureau and leaves town with his son.

Traveling into the country, through towns named only by ascending letters of the alphabet, the man and his son encounter a wide range of human experience. While some townspeople welcome them into their homes, others who bear the physical brand of past censuses on their ribs are wary of their presence. When they press toward the edges of civilization, the landscape grows wilder, and the towns grow farther apart and more blighted by industrial decay. As they approach “Z,” the man must confront a series of questions: What is the purpose of the census? Is he complicit in its mission? And just how will he learn to say good-bye to his son?

Mysterious and evocative, Census is a novel about free will, grief, the power of memory, and the ferocity of parental love, from one of our most captivating young writers.

I am an unabashed fan of Jesse Ball. I’ve read many of his books – The Curfew, The Lesson, Silence Once Begun, A Cure for Suicide, How to Set a Fire & Why – and have often marveled at his metafictional, fablelike, and sometimes provocative works.

But this time it’s personal – for the author and perhaps for this reader, too. Jesse Ball dedicates the book to his deceased brother, Abram Ball, who had Down Syndrome, and in the prologue, writes about the struggle to create this book and how he solved it: “I would make a book that was hollow. I would place him in the middle of it, and write around him for the most part. He would be there in his effect.” Like Jesse Ball, I have a loved one – a young nephew – with Down Syndrome and I was curious to see how he would develop this concept.

This is how: an ill widower, a doctor, takes on the role of census taker and sets off with his Down Syndrome son to take the census, from point A to point Z. Each census taker must forego his or her rights of protection. Consider the census as “a large instrument made up of living cells—and each cell is a census taker.” Yet half way through the book, the unnamed narrator develops a new method of the census – not gathering certain information but instead, deciding what information to look for. The journey into less urban, more unplanned areas is a metaphor for the father’s own journey into the edges of where life and death convene.

To that end, Census becomes a tapestry of representation – who will stand up and be counted. Indeed, father and son are discovering the heart and soul of America – the kindness, the anger, the humanity, the fear, the gentleness, the ignorance, and the brutality. Each person who participates in this census must allow the census taker to leave a tattooed mark. And indeed, the mark may well be a reminder of how they reacted to life and treated a boy who was not viewed by them as part of the norm.

The conceit is not quite as accessible than Mr. Ball’s previous works and if truth be known, there were times when I wondered what Mr. Ball was trying to tell me…and found myself admiring the book more than loving it. But the whole is greater than the sum of its parts and by the end of the book, I believed I knew. He was writing about the inevitability of saying goodbye and of being part of a world that demands we deal with the good and the bad.

Absolutely stunning. Census is a deeply personal novel for Jesse Ball and you need to know this before starting the book. Mr. Ball has a thorough introduction that shares his inspiration for this novel: his brother Abram. Unfortunately, Abram is now deceased but Mr. Ball gifts readers with a loving and tender meet-and-greet with this beautiful soul throughout the story. Abram lived with Down syndrome which gave Mr. Ball a front-row seat to how Abram innocently experienced the world and how the world chose to experience Abram. Census was written to pay tribute to Abram and also to provide gentle education and perspective to readers about how people with Down syndrome are often misrepresented and not understood. This story may be fiction in its dystopian father/son road trip setting and census-taking tasks but the emotions it solicits are as real as they come: joy, humor, worry, fear, and a soul-aching longing for the world to be a better place for your favorite person. Census is my absolute favorite Jesse Ball novel to date. Please check it out ♥