↓ Skip to Main Content
Home › Book › WHEN DOWN IS UP: Life with a Down Syndrome son

WHEN DOWN IS UP: Life with a Down Syndrome son 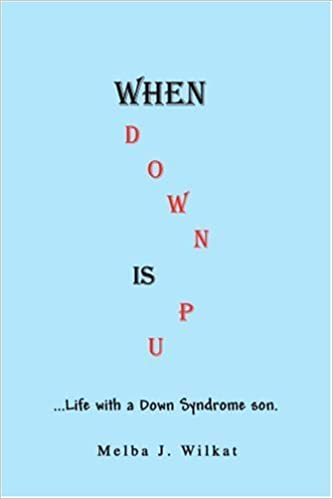 When Down is Up is the story of John Albert Wilkat, a courageous young man with Down Syndrome and Cerebral Palsy.

He never wanted people to see him as different, even though he did realize, to some extent, that he was. He always wanted to be accepted as one of the crowd. It was when people were talking about him saying, John has Down Syndrome, that he would always correct them saying, Im not Down Syndrome. Im UP SYNDROME. And Up Syndrome he was, in so very many ways.

John was a loving, giving, funny, joyful and, for the most part, happy person who was dealt a hand in life that most of us could never imagine. He made the very best of the situation, and John was truly an UP SYNDROME young man.

Author Melba Heim Wilkat shares the story of her sons heartbreaking birth, the joys and trials of raising him, and the deafening silence as the door of his life closed.

I remember this young man as my sister Ronda Epstein was a fellow student at Seagul School in Fort Lauderdale. Both he and my sister, who passed in July 2017, dealt with a life that I for one would never have had the courage to cope with. They and others like them are real heroes. This book is truly beautiful, and makes me ashamed of myself for thinking I have any REAL problems in life. A must read.

A touching story from a mothers point of view of her son with Down Syndrome....particularly touching for me because I have 3 students with this diagnosis. A very quick read.