Tim Defines and Defies Down Syndrome 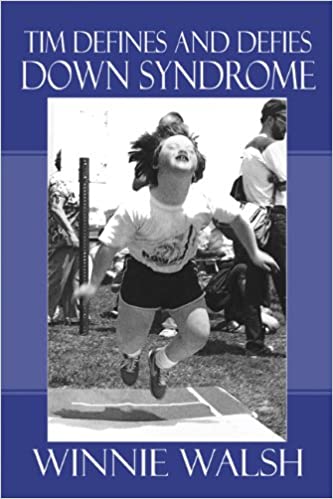 Showered with unconditional love by the Walsh family from the moment of his birth, Tim slowly developed into the fine young adult he is today. From the Early Intervention Program among infants his own age (one to three) he learned how to roll over on his stomach, crawl, stand, walk, and climb stairs one leg at a time. These things occurred normally in my four other children. In Project HELPS (Help Educate People who are Special) (three to five years) he learned social and play skills. In l975 when Tim arrived, his older siblings spanned the ages six, Donald Jr., to thirteen, Paul. Tim fortunately had wonderful role models early on. His brothers and sister interacted with him by incorporating the skills and lessons in these early sessions in playtime with him. Occasionally setbacks occurred, but Tim focused a great deal on the behavior of his brothers and sister and imitated it as he grew. Both my husband, Donald, and I set high standards for the entire Walsh bunch, and as their mother I am indeed proud of each and every one of them.