↓ Skip to Main Content
Home › Book › This Little Light of Mine: A Woman With Down Syndrome Shines Brightly In The World

This Little Light of Mine: A Woman With Down Syndrome Shines Brightly In The World 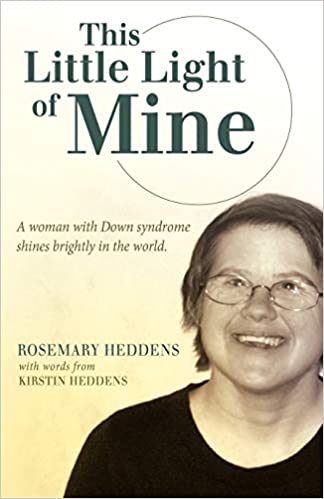 Born in 1975, Kirstin Heddens entered a world where parents were being encouraged to place children with Down syndrome in institutions. But that world was beginning to change, with deinstitutionalization movements and the passage of laws requiring public education for all students. Able to grow up at home with her family, Kirstin enjoyed a typical childhood, attended public school with her peers, and went on to seek her own version of the American dream. For her family, it meant being introduced to a whole new world, the world of those with developmental challenges. For her mother, Rosemary, that resulted in the pursuit of a career in special education, which has filled her life with joy for nearly thirty years. For her father, Craig, it meant being involved in Special Olympics and later becoming the sponsor of a self-advocacy group as well as being his daughter's strongest supporter and advocate. Together as a family, they have faced the challenges presented to them with love and determination. Rosemary tells their story in a warm, compassionate, and often humorous way. She presents not only the challenges faced by this special group of individuals as they pursue their dreams, but also the gifts and talents they have to share with the world.

So much beneficial information and such positive stories of a family's journey of living a grand life with Down syndrome. I only hope my own daughter is blessed to enjoy such an awesome adulthood like Kristin. I highly recommend this book, especially to families who has a young loved one with Down syndrome.

Very inspiring and educational! A must read for any parent that may have a child with Down syndrome. This story is filled with helpful suggestions on available programs and potential education ideas for your child. It was witty and intelligent. I loved it!