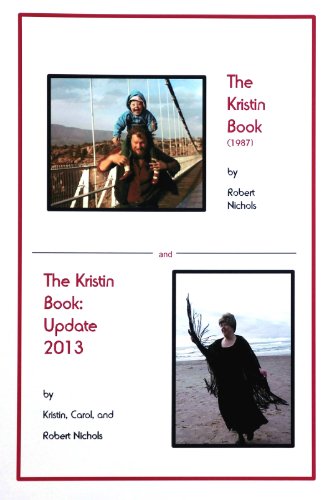 This book tells, with the heartfelt power of a father's poetic prose, the story of the first sixteen years of the life of his daughter Kristin, an amazing human being who at birth was described as being a vegetable. It took Robert Nichols over ten years to write this little book telling the distress and delight of his years as the father of a child with Down syndrome. But, this is not a book about a chromosomal abnormality, or even about disability. It is the story, wrenched from the very souls of Robert and his wife Carol and their daughter Kristin, of a family confronting difficulty with love, humor, and compassion. In this 2013 update of The Kristin Book, the original 1987 text is included along with an update of the ensuing twenty-five years since publication with sections written by Robert, Carol, and Kristin Nichols. This book tells a difficult, sometimes sad story of the unfairness, the danger, and, the cruelty of the world Kristin has known and her parents have battled. But, mainly, it is the story of a fine human being who, throughout her life, has been a source of joy, inspiration, and a lot of good laughs to any who have been fortunate enough to know her. The Kristin Book: Update 2013, with unflinching honesty and passionate truth, will give the reader artful cause to weep, to laugh, and to celebrate the wonderful potential that is implicit to the human spirit.

This book is absolutely amazing. Reading this just once will be one of the greatest gifts you could ever dream of.