Rookies at Love (Face Off for Love Book 3) 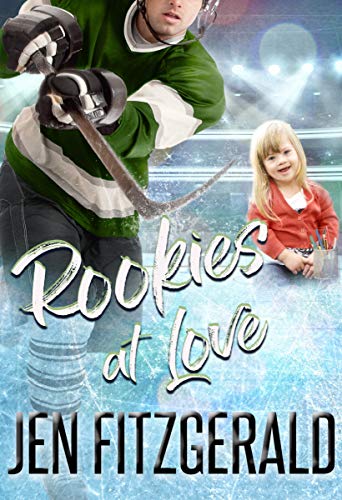 Part of the Face Off for Love series:
Editions:Kindle: $ 2.99

Ryan Macklin's wife walks out, leaving him and their three-year-old daughter in the lurch. Ryan's obligations to his hockey career careen head-first into his responsibilities as a father. Avery's Down Syndrome adds a layer of complexity to the challenge of finding immediate and also longterm, practically full-time care for her.

When Nicholas, a teacher from Avery's school, offers to take on the role of caregiver, Ryan scoffs. It's not that he doesn't think men are suitable caregivers--he's seen his teammates in action--but Avery needs a mother-figure, right?

Avery flourishes under Nicholas's care, and Ryan's house becomes a home for the first time in the four years he's lived there.

Nicholas Pruitt's education is his top priority. Ryan Macklin's plea for childcare comes to his attention and he determines that working twenty-four/seven caring for Avery Macklin will allow him more time to attend online classes and do his homework than his nine-to-five at the specialty school for children with Down Syndrome does.

Ryan's appreciation of any little consideration brings out the nurturer in Nicholas even more than Avery does, as precious and clever as she is, and he finds himself doing things specifically to bring that sparkle to Ryan's eyes--but he's straight, right?

Nicholas notices Ryan checking him out and he begins to wonder about Ryan's sexuality. Taking a chance and stealing a kiss, Nicholas and Ryan both discover that the answer is no.

When Nicholas's grades take a dip and Ryan refuses to follow in his dad's footsteps, all contract negotiations are off.