Happily Ever After: Down’s Syndrome: One Parent’s True Story 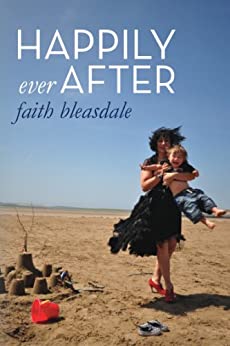 Because motherhood is a giant leap of faith.

Life for Faith Bleasdale has always been a bit of a battle between fantasy and reality, but as a novelist she believes that that was the way it should be. But as reality thrusts her toward a new journey into motherhood her fantasies seem to get pushed further away. As life throws the unexpected and the unwanted at her, the battle intensifies, and she is feels tested to her limits. She soon learns that being a parent isn't a fantasy although you never stop dreaming for your child.

Faith's journey from pregnancy through to the first year of her child's life is anything but easy; however she learns, as she comes to terms first with motherhood, then with being a single mother, and then with having a child with Down's Syndrome that her reality is more important and better than any fantasy. Therefore she embarks on her most important search for her and her child's 'Happily Ever After', discovering that the reality of being a parent is the best fantasy ever.

This book is a must for any mother health worker or human being come to think of it . The depths of feeling honesty and courage the complexity of emotions that faiths book instilled in me was quite amazing . It brought me to tears and to laughter . It was unable to put it down till I read to the end and made me want to read the next chapter. This book will help anyone who is having to deal with similar issues . It will make you realise you are not alone not should you be and that you can find the strengths within yourself to deal with any adversity and live life happily ever after . Please read it you won't regret it !

Incredibly rewarding book. I feel blessed having read it. Any mother will relate but also learn from Faith Bleasdale's incredible experience and incisive take. I shall be recommending this to all my friends with children for sure. I am also left intrigued to find out what happens next, so hope the journey continues the story. Passion and insight in equal measure.