↓ Skip to Main Content
Home › Book › Blake and Me: The Life Lessons I’ve Learned From the Best Teacher I Ever Had

Blake and Me: The Life Lessons I’ve Learned From the Best Teacher I Ever Had 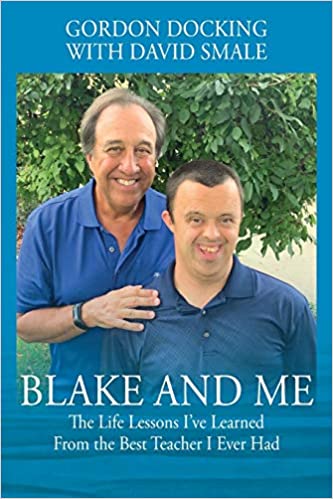 Blake and Me: The Life Lessons I Learned From the Best Teacher I Ever Had is the story of a father's love for his son, and the lessons that father learned through the years from that son.

From the day he found out that Blake had Down syndrome, Gordon Docking has been learning. First, he learned about the obstacles that his son--and his whole family--would have to face. It didn't take long for him to learn that those obstacles could be cleared with the right attitude. Mostly, he learned that Blake had the extraordinary ability to teach him real life lessons if he only would look past the problem and see the future.

Blake is far more normal than not. Though he had some early struggles, Blake was a relatively healthy toddler who had to learn to do all the things that most kids had to do. He had to learn those things in spite of difficulties that would derail many people with less of a support system than Blake enjoyed.

The family learned how to come to grips with the pain of an unexpected diagnosis of Down syndrome, deal with the fear and anxiety of open-heart surgery, and evolve to enjoy Blake's journey of celebrating life's accomplishments, both big and small.

People with Down syndrome are famously happy, but Blake stands apart from most of them. Five seconds into meeting Blake, you realize that he is special. The world may say he has special needs, but the truth is, he's simply special.

The operative word is simple...in a good sense. Blake can take the most complex situation and make it simple, and that's what this book is about. For example, many people spend too much time getting ready to do great things instead of just doing them. Others spend too much time dwelling on the things in their lives that aren't going well instead of celebrating the things that are successful.

Readers will be inspired to look for the good in everything through the narrative of a professional storyteller. There will be times the natural reaction is laughter, and many others where readers are compelled to reexamine their own approach to adversity.

Blake and Me draws you in, and you'll feel like you know this "celebrity magnet." Through the eyes and words of a former television sports reporter, you will realize that life is not that complicated.

What a wonderful, beautiful book. I am so incredibly moved by this story of a blessed life so full of love. Gordon, thank you for sharing and teaching us all what true love is.