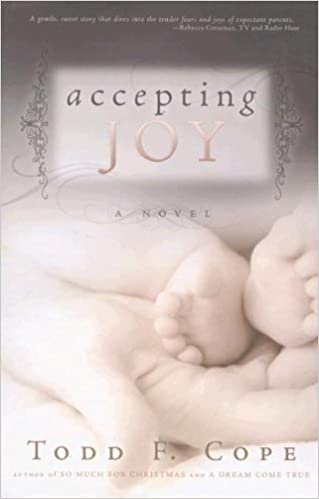 Andrew and Rachel should be on top of the world. They have just purchased their first home, and their first child is due in just a few short months. Life is good. Yet for some reason, Rachel feels uneasy, as though a cloud of foreboding has settled over their lives. Her fears are justified when preliminary tests suggest her worst fears: their baby could have Down syndrome. Unable to cope with the possibility, Andrew convinces himself that their baby is fine and turns his attentions to their reclusive neighbor and the rumors surrounding his past. Rachel, frightened for her baby and scared of what may lie in their future, becomes increasingly frustrated with Andrew and his lack of concern for their child. As the evidence for his baby's disability mounts, Andrew throws himself into solving the mystery surrounding the death of his neighbor's family. Did Hank kill his wife? What happened to Hank's child? Rachel, though hurt by Andrew's attitude, tries to be understanding and show interest in the case while at the same time preparing herself for their baby and for the worst. In the end, it will take a miracle to heal Andrew's family - and Hank's guilt over the past - though ultimately it is up to both to accept joy into their lives.

In the end it will take a miracle from Andrews family,and Hanks guilt over the past. Though ultimately it it up to both to accept Joy into their lives.

It was a quick read. Did not get into it all that much and would not read it again. Was a cute story and if it had been made into a bigger book and not kelpt jumping so far it would have been much better. Bounces around alot and the author failed to make you really get into the main characters.