↓ Skip to Main Content
Home › Book › 321 Down Street: The Secret Journey Of Becoming A Special Needs Parent Of A Down Syndrome Child

321 Down Street: The Secret Journey Of Becoming A Special Needs Parent Of A Down Syndrome Child 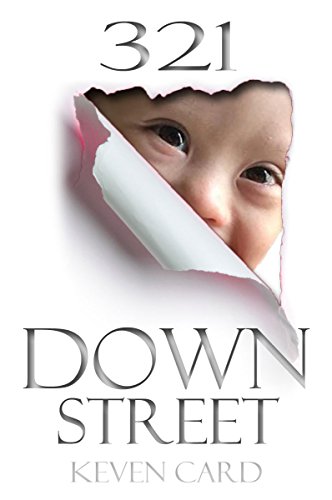 When Sara and Jacob find out they’re pregnant with a baby boy, nothing could make them happier. They were your typical expecting parents - deeply in love, deliriously excited to be starting a family. However, their hopes are dashed when the doctor gives a recommendation for Sara to take an AFT.

Five words change their destiny forever... “Your son has Trisomy 21”

Their perfect love story unexpectedly spirals into panic, and their dream shatters with it – devastating Sara. Jacob, confused and troubled with the situation, tries to prompt Sara into following the doctor’s suggestion: terminate the pregnancy; assuring her that they can try again. Sara angry at even the thought of destroying the life inside of her, rejects him.

Their love, marriage and future suddenly start to fall apart; sending them both on very different journeys and into the life of a boy named Alex.

Can a chance meeting with a boy prodigy change their destiny?

Sara stared out the window in awe. The branches of the trees in the backyard swayed back and forth in the light breeze, the sun’s rays piercing through the leaves causing shadows to dance across the wilted grass. Sara practically floated around the kitchen in her excitement which filled the room along with the smell of the sizzling bacon she was cooking. After years of being married, Sara knew exactly how to rouse her husband from sleep, and she knew that the aroma would eventually coax him out of bed. Elated, she let out a girlish laugh. Today is going to be perfect, she thought.

Sizzling and crackling sounds from the frying bacon echoed from the kitchen. She was certain that last pop would have woke him up but she didn’t care because she was having too much fun. She let her hand rest on her pregnant belly, patting it affectionately. “I hope you like it out here,” she murmured to herself and as if on cue, she felt a tiny flutter in her stomach. Being pregnant was unlike any other chapter of her life, she had never felt more purposeful. She felt like a mess of contradictions. Completely afraid and simultaneously stronger than ever. Powerful, yet unattractive but her mother-in-law had assured her that it was all just the hormones. It didn’t stop her from feeling like a thanksgiving turkey, although she did appreciate everyone’s attempt at making her feel better.

It wasn’t long before Jacob’s head peeked around the corner, sleepy eyed and resembling more of a toddler than a grown man. His golden hair was creased in the middle, pointing up on one side and flattened on the other. He flashed a smile at her, “What’s all this?”

She chuckled, “You have some serious bed head Mr. Michaels.”

Without a word he came up behind her, wrapping his arms around her waist and placing his hands on her stomach. “Should you really be standing up for such a long time, Mrs. Michaels?”

“I’m fine Jacob,” she replied. “Besides the doctor said walking is healthy for me and the baby, so standing shouldn’t hurt.” She laughed patting his cheek playfully. He left a butterfly kiss where her fingers brushed against his lips.

“Well, if physical activity is helpful…” Her grin gave way to a full smile as she reached back to swat him. After a short pause he continued, “Seriously, do you know what would make this day better?”

She raised her eyebrow, expecting him to say something suggestive (which was typical of him). He spun her around in his arms so that she was facing him, her belly protruded slightly between them making him hold her awkwardly but he went on pretending she didn’t notice. “I was just going to say, what would make this day better…” he trailed off looking deeply into her eyes. “is finding out we’re having a boy today.”

This book touched on so many of the emotions I faced nearly 40 years ago when my baby girl was born with Downs. The book offers hope to any who are faced with any disability. The book makes it clear that no amount of hurt about a disability can take away from the fact that our children are a gift from God and they will each make their own impact on their world. Highly recommend this book not only to parents, but to anyone that wants to read about true love- the love of parents for their children.

Brought back a lot of the same emotions we went through when our son was born 32 years ago. We faced a lot of negativity from the medical community. Bringing to light the accomplishments of person with Down Syndrome does present a very positive outlook for new parents. Very well written. Highly recommended reading.