↓ Skip to Main Content
Home › Book › The Discovery of Dawn

The Discovery of Dawn 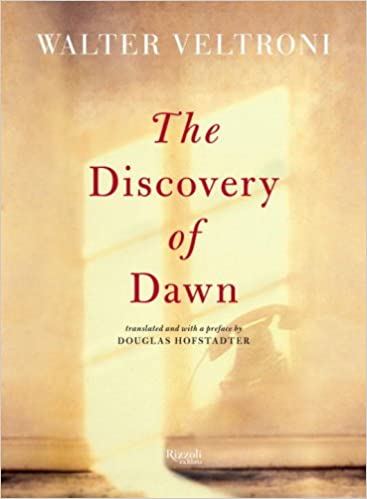 This novel, the first from the mayor of Rome, chronicles two parallel stories. Giovanni Astengo, employed by the Italian State Archives, is driven to uncover the fate of his father, who disappeared in 1977 after the murder of his best friend and colleague. Returning to the former country house of his parents, he is compelled to dial the number of his childhood home, and due to forces unknown, someone answers: his thirteen-year-old self, just days before his father’s disappearance. The telephone establishes a mysterious link between the older man and his younger self, at a pivotal moment in their lives. While his family life unravels, Giovanni’s search for the cause of his father’s disappearance intensifies, setting the scene for a dramatic conclusion.With this unpredictable detective story, Veltroni explores a troubled era in Italian life: the bloody terrorism that marked the seventies. Through the protagonist’s journey into his family’s past and the secrets that he uncovers, Veltroni offers a new perspective on a period in contemporary history—and its devastating consequences—that many of his compatriots still have not come to terms with.

The captivating first novel by Italian politician Veltroni (a former member of parliament, mayor of Rome and candidate for prime minister) starts slowly but hardens into a touching, absorbing story about a man who reclaims his past. Giovanni Astengo keeps his life at arm's length: the father of a 12-year-old girl with Down syndrome, Stella, and a forlorn, world-weary 20-year-old, Lorenzo, Giovanni is also still searching for his own lost father, who vanished during a period of political terrorism in 1977. Revisiting the country house his parents used to frequent, Giovanni discovers there that he can call his 13-year-old self (on the eve of his father's disappearance, no less) by dialing his old phone number. Over the phone, Giovanni tries to change the future by having his younger self look for clues about his father's disappearance. There are fascinating intellectual tenets coursing through Veltroni's work, and the bond that forms between the two Giovannis is beautifully realized, as is the clarity that the older Giovanni finally achieves. (Aug.)
Copyright © Reed Business Information, a division of Reed Elsevier Inc. All rights reserved.
Published: September 9, 2008
Genres:
Fiction
Tags:
Family, Mystery, Science Fiction
Reviews:Barbara A. Lee on Amazon wrote:

This is an intriguing, if not wholly satisfying, novel by the former Mayor of Rome and until recently leader of Italy's main opposition party. It is told in the first person by an archivist of diaries, who feels compelled to solve the mystery of his father's life before he can tell his own story. The protagonist's experience, like that of all of Veltroni's generation, was deeply affected by the terrorism that engulfed Italy in the 1970s, and his gradual understanding of what that means is part of the story. As the narrator symbolically works to restore the overgrown garden of his family's empty country house, he discovers a way to explore the past--or is he exploring only his own imagination? Although Veltroni strongly hints that only what is written and read is real, he falls short of taking a position on the difference between imagination and reality, leaving readers to make their own judgments. But the questions raised are important ones, and the suggested answer intriguing. We may hope Mr. Veltroni will revisit some of these ideas in future works of fiction.

I'm not sure if my skill in anticipation got terribly rusty or the story is just plainly unpredictable! It might be the former but I definitely enjoyed the fictional narrative. I just watched a film called 'Adrift' which is based on a true story. It's kind of similar to that, I would say, in a sense only because of the fact how internalization (hallucination?) may sometimes seem like an imperative approach to confront difficult realities.