↓ Skip to Main Content
Home › Book › Echoes from the Other Land

Echoes from the Other Land 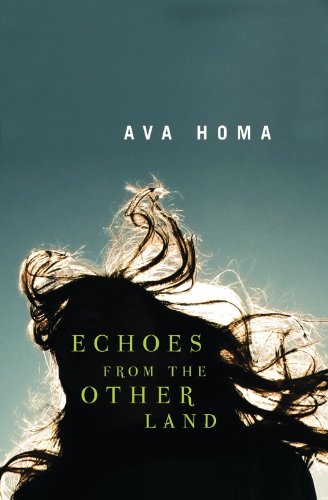 These haunting stories beautifully evoke the oppressive lives of modern women in the Islamic Republic of Iran. Anis, a computer programmer, is at the end of her rope, putting up with the bullying criticism of a no-good, unemployed lout of a husband; Azar is a young divorcee, and the only person she can talk to is Reza; but she can see him only late at night when "they" are not around; Sharmin has Down's syndrome and hopelessly loves Azad; he loves Kazhal, beautiful and blessed; but Kazhal is married off and is divorced at twenty and now awaits a hopeless future . . . For these and other characters the weight of traditional attitudes, the harrassment of the religious establishment, and the attitudes of men make for a frustrating, confining, and sometimes unlivable existence. "Ranging across regions, ethnicities, genders, sexualities and political dispositions, Homa's characters give us a prismatic portrait of Iran that resists both internal tyrannies and Western demonization. Her style is elegantly spare, gem-solid. This is a voice we all need to hear." - Susan Holbrook, author of Joy Is So Exhausting "Ava Homa is Canada's exquisite answer to Raymond Carver. Homa announces new beginnings - less irony, more hope - and from a breathtakingly multicultural and international perspective. Readers will experience awe and beauty at the force of Homa's art to convey female Iranian protagonists wholeheartedly grasping their lives. A taut and subtle plain-spokenness enlivens her writing, belying rich dramatic tensions that build just beneath the surface - which will surprise readers and then captivate them." - Louis Cabri, author of The Mood Embosser

TSAR has published the book.

Echoes from the Other Land’s launch was at Beit Zatoun, a meeting place with a Palestine heart and a global soul. It was my second visit to this fascinating place, with a pronouncedly political milieu.

Homa read an excerpt from a story in her collection – A River of Milk and Honey.
It’s a story of Sharmin, a teenager with Down’s syndrome (although this is never explicitly stated) and her muted pain of growing up into a lonely woman without any hope of getting Azad, the boy she silently loves.

Sharmin is homebound and fantasises about a perfect world where she is without a blemish and emerges from a river of milk and honey.

“I close my eyes. It’s not hard to imagine myself emerging from the River of Milk and Honey, luminous wings open. Azad passes by and stares. Gathering my wings behind me, I walk elegantly in a white dress towards a garden of red roses, pretending not to see him. A breeze blows through my hair. When I get to the garden, I turn and beckon to him; he has a look of adoration in his eyes. He runs to me. We walk together through the garden, hand in hand.”

Azad loves Kazhal, Sharimn’s beautiful neighbour, who everyone desires – from teenagers like Azad, to grown men such as neighbour Shilan’s father.

Kazhal has “Rhythmical step, appealing makeup, large breasts, flat belly, big lips.” She’s everything that Sharmin wants to be but isn’t and can’t be. Sharmin’s aunt tells her that beauty is misery, but she’s unconvinced.

When Kazhal tells her that she has no friends with whom she can converse, Sharmin realises that a beautiful young woman can be as lonely as one with Down’s syndrome. They become friends. Later Kazhal gets married to someone who claims to be rich, but before the marriage is consummated, her family discovers that he isn't.

“Kazhal does not know what to do. She tells me that she actually hates him, and hates her mother for making all the decisions on her behalf and then blaming her. Sometimes she even hates herself for being so wretched and sometimes she hates all women for being such miserable creatures. I hold her hands in mine.”

These are subtle, bittersweet, and multi-layered stories that give insight into the experiences and attitudes of women in modern-day Iran. Worth reading on that score. Unfortunately, the prose is stilted and plodding, and the dialogue awkward. Generally, though, Mawenzi House (formerly Tsar) publishes some much needed and diverse voices, including Homa’s.